In sub-Saharan Africa, over 600 million people do not have access to electricity — that’s 68 percent of the population, according to the International Energy Agency.

That’s because the power distribution infrastructure — plants and the grid — is severely underdeveloped, requires large investments to improve and ultimately can’t keep up with the growth in demand.
One solution to the problem is to go “off the grid,” mimicking the rapid distribution of mobile phones: over 90 percent of Africans have access to cell phone service — more than have access to clean water — but only a fraction of them owns a landline. In the energy sector, the cellphone equivalent is the solar panel, which is easily installed and can provide power to a household or small business.
Off Grid Electric, an African startup, is applying this formula to rural areas of Tanzania and Rwanda yielding both commercial success and life-transforming results for the recipients. 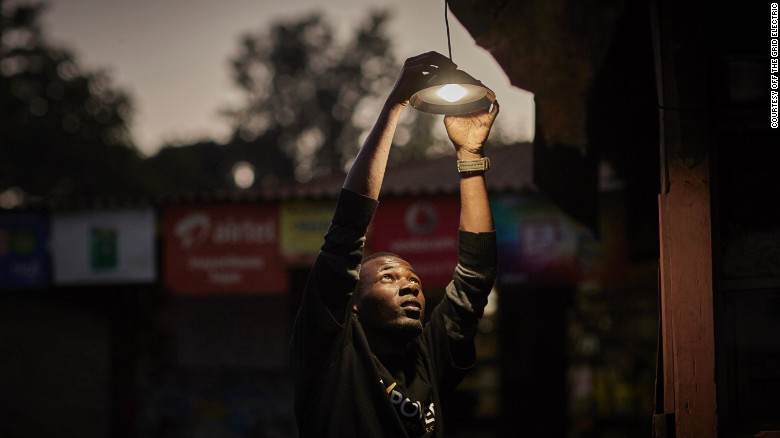 The company is backed by Elon Musk’s SolarCity, one of the largest solar energy providers in the US, and Helios, Africa’s largest private equity firm.
In November, at the UN’s climate change conference in Marrakech, it won the 2016 Momentum for Change Award, which focused on projects that are addressing climate change in innovative ways.
It already powers 125,000 households and employs around 1,000 people — about a third as salesmen who offer the energy packages door to door.
“Most of these families were burning kerosene to make light, with a negative impact on their health and wellbeing,” Bill Lenihan, Off Grid Electric’s President, told CNN.
Kerosene produces smoke and can’t power anything but a lantern: “Now they have access to clean energy that can also power radios and TVs.”
The system includes a solar panel, installed on a roof, and lithium-ion battery which provides electricity around the clock: “Kids can study at night, entrepreneurs can increase their income because their phones work all day and farmers can better protect their cattle — it’s like night and day,” said Kim Schreiber, the company’s chief of staff.
We use cookies to ensure that we give you the best experience on our website. If you continue to use this site we will assume that you are happy with it.Ok